The NES Classic Edition is Nintendo’s miniaturized version of the groundbreaking NES, originally released in 1985. It comes pre-loaded with 30 games and it doesn’t seem like Nintendo provided any means of adding more games to it. Under the hood the controller is nothing more than a small Linux box with a Nintendo emulator. 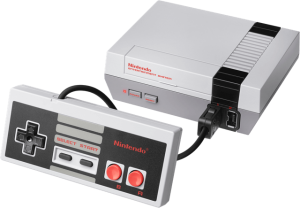 A user by the name of madmonkey1907 came up with a command line utility called hakchi which allows you to connect your computer to this Linux box and modify files on it. This effectively allows you to add or remove games to the NES Classic console or even to change the emulator on it. While the tool is not very user friendly, another user by the name of Alexey ‘Cluster’ Avdyukhin decided to write a user friendly GUI called hakchi2 that essentially runs the command line tool with the proper parameters under the hood.

While the GUI tool is very easy to use, downloading the source code and compiling it may be a little tricky if you’re not familiar with .Net and compilers. In order to compile on my Windows 7 workstation, I installed the following:

I downloaded the source code to my temp folder “C:\temp\hakchi2-master” then issued the following command from that directory:

Finally launch the tool from “C:\temp\hakchi2-out\hakchi.exe“